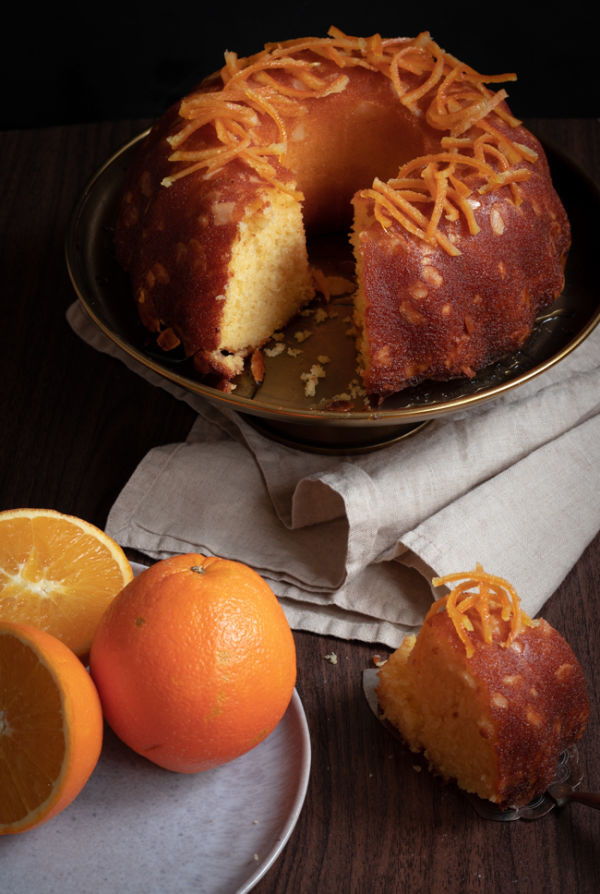 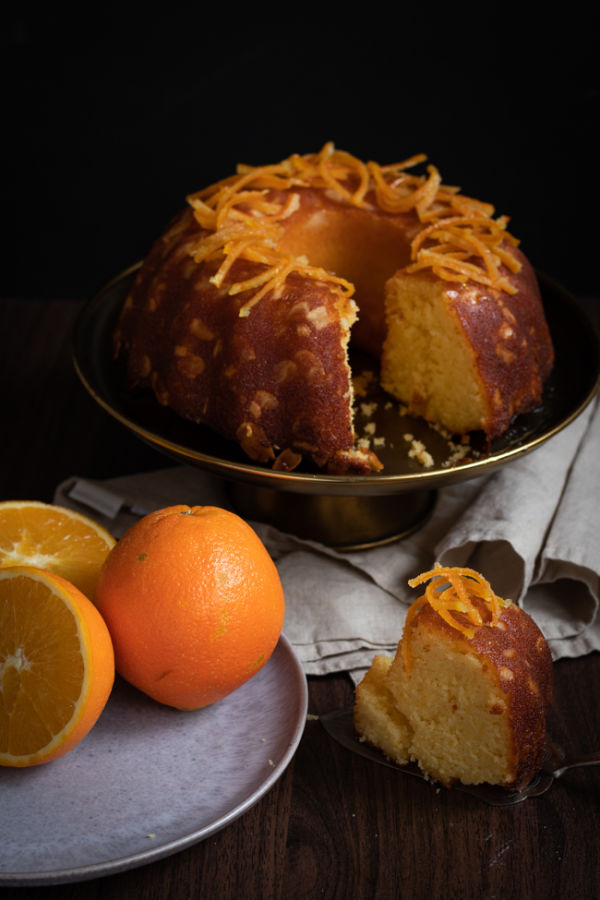 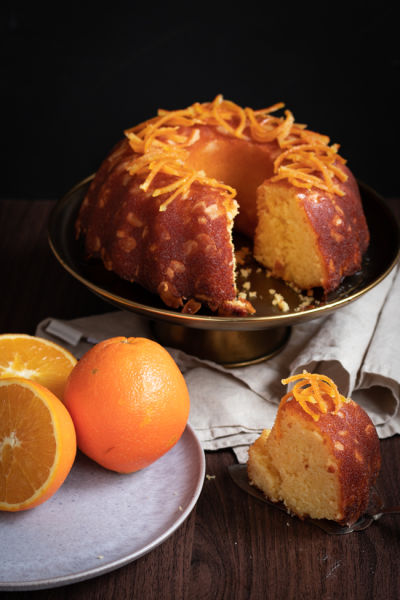 orange juice sirop : on a medium heat place the sugar and pressed orange juice and cook until having a lightly sticky sirop that you can apply on the cake with a bruch to enhance it's moisure even further . 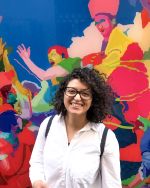